Diabetes and Your Mouth

Over 100 million adults in the United States have diabetes or are pre-diabetic according to a recent study by the Centers for Disease Control. Alarmingly, the rate of Type 2 Diabetes has doubled over the last five years alone.

Diabetes is a serious disease that can often be managed successfully through diet and the appropriate use of insulin and other medications to control blood sugar levels. People with diabetes are at increased risk of serious health complications, including premature death, vision loss, heart disease, stroke, kidney failure, and amputation of toes, feet, or legs.

In addition to the complication above, diabetes can also cause significant oral health problems. And these oral health issues are not relegated simply to the mouth. In fact, they can cause holistic health complications later.

Even if your diabetes is well managed, effects of the disease can still take a toll on your body, many times in ways that are first visible through oral symptoms that your very own Carrollton dentists can help you identify. It’s important to remain diligent about looking out for these signs and symptoms, especially as it relates to your oral health. Those with diabetes are at an increased risk for periodontal disease, including infection in the gums and bone that lead to difficulty chewing and tooth loss.

Keep reading to learn more about these issues as well as to garner tips to manage or avoid a diabetes diagnosis altogether. 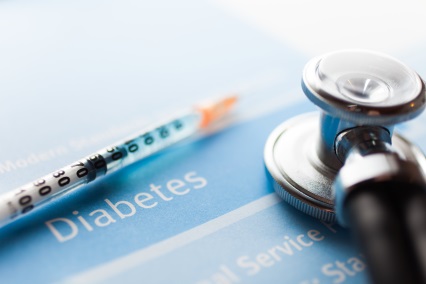 Diabetes occurs when the pancreas doesn’t produce enough insulin. Insulin is a hormone that helps your body use and store sugar from food to use it as energy. Problems occur when the pancreas doesn’t produce enough insulin, or any insulin, or when the body has a negative response to insulin. When working properly, insulin helps keep the sugar in the body at a steady level. As you may know, there are two types of diabetes.

Type 1 Diabetes is a chronic condition that happens when the pancreas doesn’t produce insulin. The patient must take insulin to keep their blood sugar level steady. Most cases of type 1 diabetes are diagnosed in childhood but can also be diagnosed later in life.

Type 2 Diabetes is the most common type of diabetes. In this case, the body produces insulin but doesn’t use it correctly. Factors like genetics, weight, cellular conditions, and the liver producing too much glucose can lead to Type 2 Diabetes. Typically, Type 2 Diabetes is diagnosed in adults 45 and over.

If you have been diagnosed with diabetes, your mind might be dizzy with the number of things you now need to be aware of. From blood sugar levels to getting enough exercise, it might seem daunting to get everything under control. Those with diabetes are at an increased risk for periodontal disease, too, and if you are concerned then give us a call today at Josey Lane Dentistry. To manage this condition, you will need a good dentist in your corner to monitor any oral disease progression.

Periodontal disease is an infection in the gums and bone, and can lead to difficulty chewing and tooth loss. The best way to prevent gum disease for diabetic patients is to control blood sugar levels diligently. While poorly–controlled blood sugar could lead to gum disease, it has also been shown that gum diseases raises the amount of sugar in the blood of its own accord. This two–way street could lead to an increase in complications in other systems, such as the kidneys and heart failing.

If you or your dentist notice an increase in gingivitis, it’s important to take this discovery seriously and ensure your blood sugar levels remain in the normal range. This early stage of gum disease can act as an indicator for complications later.

Diabetes can also cause dry mouth. And less salvia in the mouth leads to an increase in the likelihood of developing cavities. Saliva acts as a barrier on your teeth by preventing bad bacteria from working its way into the crevices of your teeth. Work with both your doctor and dentist to ensure any negative side effect like dry mouth are addressed to protect your teeth and gums.

Not too many generations ago, the diagnosis of diabetes was a death sentence. Thanks to increases in technology and medical knowledge, however, diabetes (especially Type 2) is not only manageable but even reversible.

For example, take a look at insulin. Over the years, drug manufacturers have steadily improved the insulin that diabetics are able to take. Initially, they focused on improving the quality of insulin isolated from animal sources, but eventually they modified the hormone’s strength and peak activity time so that long-acting insulin formulations (those acting over periods of 24 hours or more) better mimicked natural levels of insulin in people without diabetes.

Technology has also impacted diabetes care with advanced insulin pumps and continuous glucose monitors. Now patients can monitor their levels from their smart phone on a continuous basis. No longer do they have to rely on finger sticks to gauge insulin levels that only represent a moment in time. Thanks to the continuous data, patients and doctors are able to work together to determine when a patient is more at risk.

Dental treatment for patients with diabetes

The best way to prevent oral health complications that result from diabetes is to keep a close eye on your blood sugar and come in for your twice-annual cleanings. If you are in Carrollton, TX and are looking for oral health advice while managing diabetes, give our office a call today! 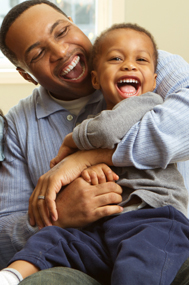